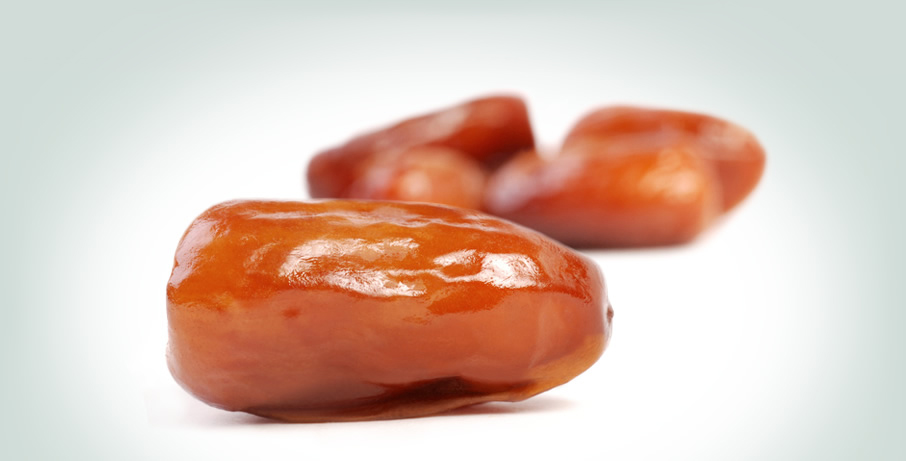 Dates belong to the plant family of palms – one of the oldest cultutal plants. Dates vary significantly in shape and appearance, depending on their country of origin. In North Africa it is common to allude to “nutmeg dates”, meaning tunesian "Deglet Nour" dates: They are really big and succulent. From California derives the type "Medjool". Furthermore, in arabic countries date types like "Hallowee" or "Sayer" are frequently used in industrial fruit-manufacture.

Dates grow in all tropic and subtropic regions. Predominantly found in the Atlas region in North Africa, they are also traded in a large amount in arabic countries.