Fruit of the angels 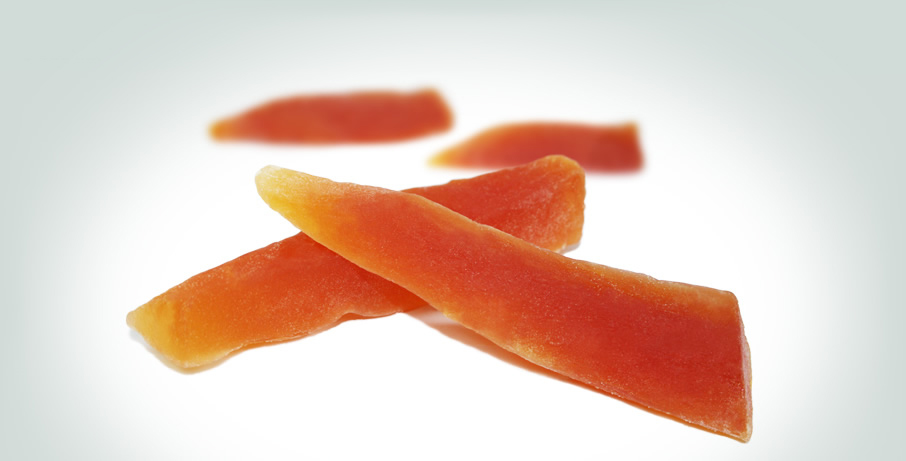 The papaya is part of the melon tree family. It has a juicy sweet and deliciously refreshing taste, which was probably the reason why it became one of the favorite fruits of Christopher Columbus when he discovered America. He called them the "fruit of angels". Even the native Arawak tribe valued the papaya as a panacea due to its broad efficacy spectrum and its anti-inflammatory characteristics. This fruity multi-tasker is not only low in calories, but also has a decontaminating, purging, and immune-strengthening effect.

The papaya originated in Mexico and the coastal regions of the tropical Americas. In the 16th century the Spaniards began planting the fruit in Antilles and the Philippines. Today, it is native to the tropics and subtropics. The most important growing areas include Middle- and South America, parts of Africa, Thailand, India and Australia. It grows at a height of 5-10 meters and weighs 3-6 kg. The papaya fruits that are available in Europe only weigh 0.5 kg and are mainly imported from Hawaii and Brazil.