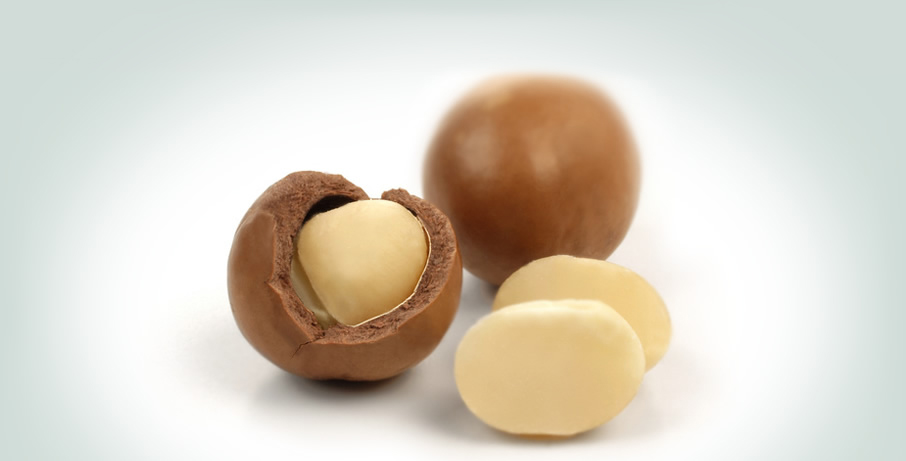 The queen of all nuts was discovered by Dr. John Macadam in Australia in 1857 – that’s how she got her name. A few years later, first ship loads were delivered to Hawaii. The pacific island developed a really fast growing, big industry branch in cultivating macadamia nuts. Since then, the majestic tasty nut became more and more prominent. Nowadays Australia remains the second largest industry branch cultivating the nuts, right after Hawaii. Once planted, the nut trees need five years before being able to carry first fruits – their maximum carrying capicity is reached after ten years. The shell of a macadamia nut is really strong – you need special nutcrackers to open them. This is why macadamias are solely traded as peeled nuts.

The macadamia’s growing areas reach from Australia – their country of origin – over New Zealand as far as Hawaii. They also can be found planted in South Africa and Kenya.