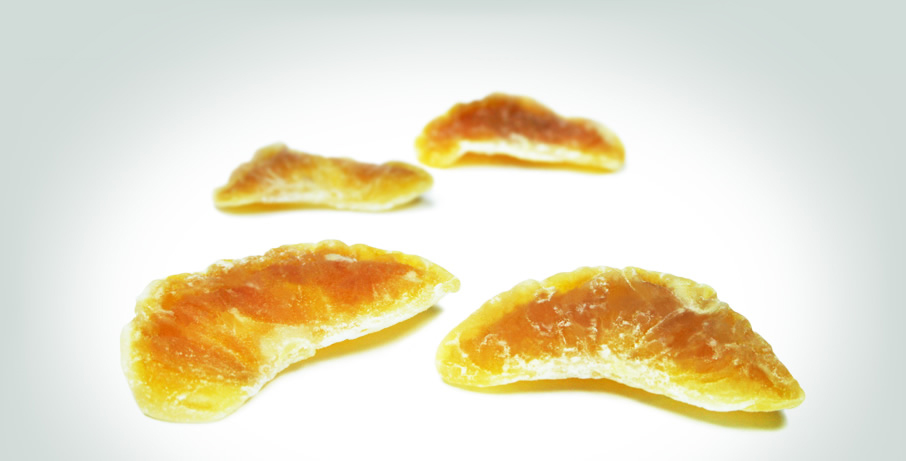 The tangerine, also called hesperidium, is the small sister of the orange. It is one of the most diverse citrus-fruit plants due to its form, size and taste. It contains significantly less acid than the orange and has a very sweet taste. The main harvest time for tangerines is between October and January. Due to its complex and high vitamin content, the tangerine is predestined for use in preventative health care.

China is the assumed origin of the tangerine. It then spread throughout South-West China to India and reached Europe - England in 1805. From the seeds of the so-called „canton orange“ the Mediterranean tangerine developed. The main growing areas are in the citrus belt, which extends north and south of the equator. The largest growing areas are found in Brazil, China, India and the US.