The peak of sweet ans healthiness 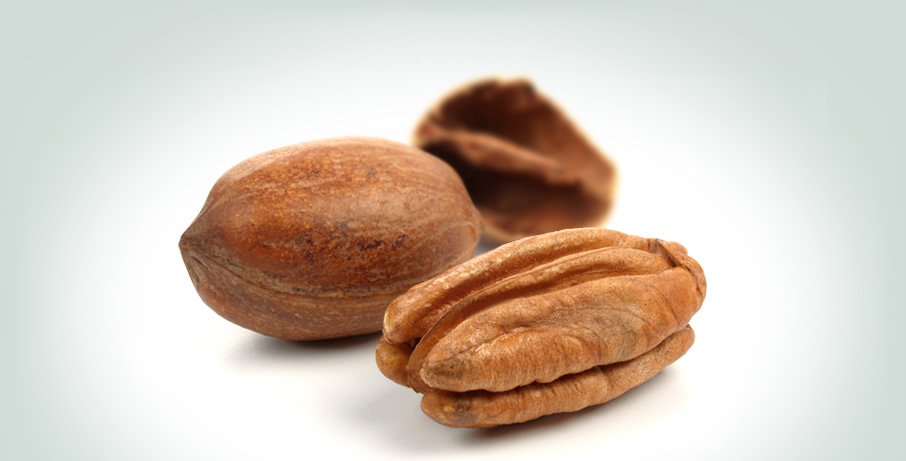 The Pecan nut normally can be harvested around october and december – in South Africa harvesting happens between april and may. In the 15th century the pecan nut primarily was popular around indian tribes in South America – today one type of pecan still carries the name of one of those tribes: "Cheyenne". French immigrants then entitled the nut "la pacaniere", which lead to its present-day name "pecan". The american Hickory-tree carries the pecan nut. Its pit is very similar to that of a walnut – but it is quite different in its taste, a lot milder and with an even richer flavor.

Growing areas include the US, Mexico, South Africa und Australia.